Exploring The 3 Main Causes Of Stress When Moving House Just When Is The Right Time To Start Packing For My Move? 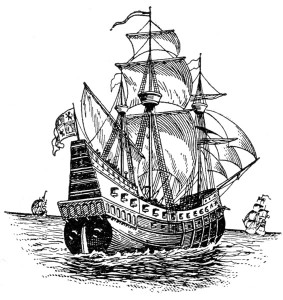 Let’s face it, we’re a nomadic species and we were never born to stay in one place for the whole of eternity. It just isn’t in our nature! Take our ancestors for example. They were only too keen to get out and plunder far flung continents, travel to the ends of the earth to explore brave new worlds and settle in colonies that were so far removed from what they were used to, that they had to adapt to a completely new existence. Moving is in our blood!

Still don’t believe me, then consider this…

We have entire industries built around moving, we have anxieties centred around moving, and we even have specialised names for those who move a little too often ‘compulsive movers’! Rene Descartes the father of modern philosophy clearly got a little confused when he uttered his immortal line “I think therefore I am” Instead it really should have read….

“We move therefore we are”

Aside from historical reasons for moving, there are many practical reasons too and maybe, just maybe, there’s something deep down in our collective psyche that tells us that we need to be mobile. Granted once our ancestors settled, then great civilisations sprung forth, but our nomadic spirit remains a force to be reckoned with. Perhaps it manifests itself in the form of discovery. As long as we keep moving we might discover new things, new experiences and new people that we might not have met had we stayed firmly put, and that’s clearly appealing to the many millions of people who up sticks and move house every single year.

If you’re looking to move for whatever the reason, then take along On The Move Removals with you. You can worry about the philosophies and importance of your move and we’ll just do the rest. Contact us on 1300 66 84 36 today for a competitive quote.